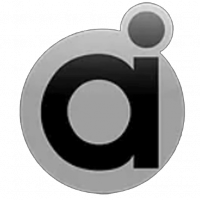 OLIVER CARNAY, the proprietor of IAPR&TM, has established himself in the entertainment industry for almost three decades as a Personal Manager.  He worked as Entertainment Writer for domestic and international publications, a Publicist, as well as being a Production Consultant to Concert Producers.  He has worked in Red Carpet Management and as a Talent Coordinator, Casting Director, Gifting Suites Coordinator, and Event Organizer.  Oliver is also the Publisher of Hollywoodflip.com (1999 – present), an entertainment online magazine.

Under his production company banner INTERNATIONAL ARTISTS PRODUCTION COMPANY, established in 1995, he produced several plays and concerts where he solely directed and line-produced.  He was a successful booking agent and a tour manager in the 90’s.  One of the highlights of his career as a booker was when he booked seventeen shows touring for three months, including shows in London and Germany.  Prior to line-producing and staging productions, Oliver was also a former stage actor and has directed several plays to his credit.

He was a former member of Talent Managers Association for ten years (2007-2017).  Currently, he is one of the moderators of Talent Managers for Actors (TMFA), a Facebook private group with 72K+ members (spearheaded by notable Actors Guru Wendy Alane Wright) where actors from around the world can get honest guidance and advice from industry experts.  Members include Managers, Actors, Agents, Casting Directors, Directors, Models, Writers, and TV/Film professionals.

A Talent Manager is a professional engaged in advising and counseling talent and personalities in every aspect of the entertainment industry.  A Talent Manager works closely with their client in every facet of their career and acts in conjunction with their client’s agents, publicists, business managers, attorneys, and all others.  As an important member of the team, the talent manager functions as a facilitator and coordinator of the efforts and activities of the talent’s entire team.

IAPR&TM takes pride working with clients who has loyalty, trust, discipline, professionalism, good with communication, has good work ethics, having the right attitude towards work and the people around them.